vSphere Replication is a really cool application helping us to replicate our virtual machines on a VM-level without the need to have a dedicated and replicating storage. Besides the conservative replication methods it can also be used to replicate to a public cloud provider (call it DaaS or whatever 😉 like VMware vCloud Air (I am still lacking technical-deep knowledge of VMware’s hybrid cloud appriache. It will be a seperate blog-post once I know more;-).

In the following I want to give an architectural overview of the new version 6.0 of vSphere replication. I realized during some of my Site Recovery Manager class people might get confused with some KB-mentioned terminologies and maximums so I wanted to create something that clarifies all of those things.

This article is the first part of the vSphere replication 6.0 series (not sure if series is the right word if only 3 episodes are planned 😉 )

The general task of the vSphere replication appliance is to get data  (VM files and changes) from the vSphere agent of a protected ESXi and transfer it to the configured recovery ESXi (via a mechanism called Network File Copy – NFS).

Now it might get a little bit confusing. The appliance we are downloading are in fact 2 different appliances with 2 different OVF-file pointing to the same disk file.

The following picture should illustrate the components and traffic flow during the vSphere replication process. 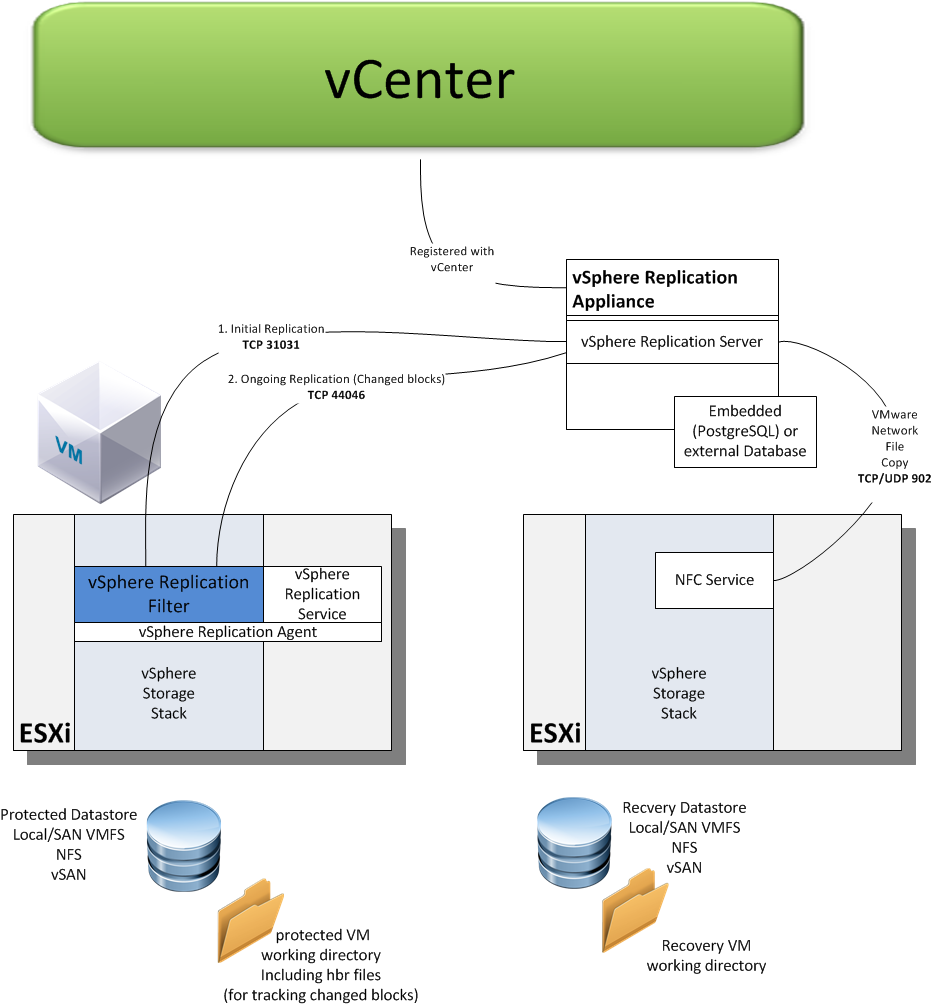 The following diagrams shows two sample Architectures regarding the network.

In the first diagram the vSphere replication network MUST be routed/switched on layer 3, while in the  second example we are able to stay in a single network segmet with our replication-traffic (thanks to the new VMkernel functionalites for NFC/Replication traffic in vSphere 6). 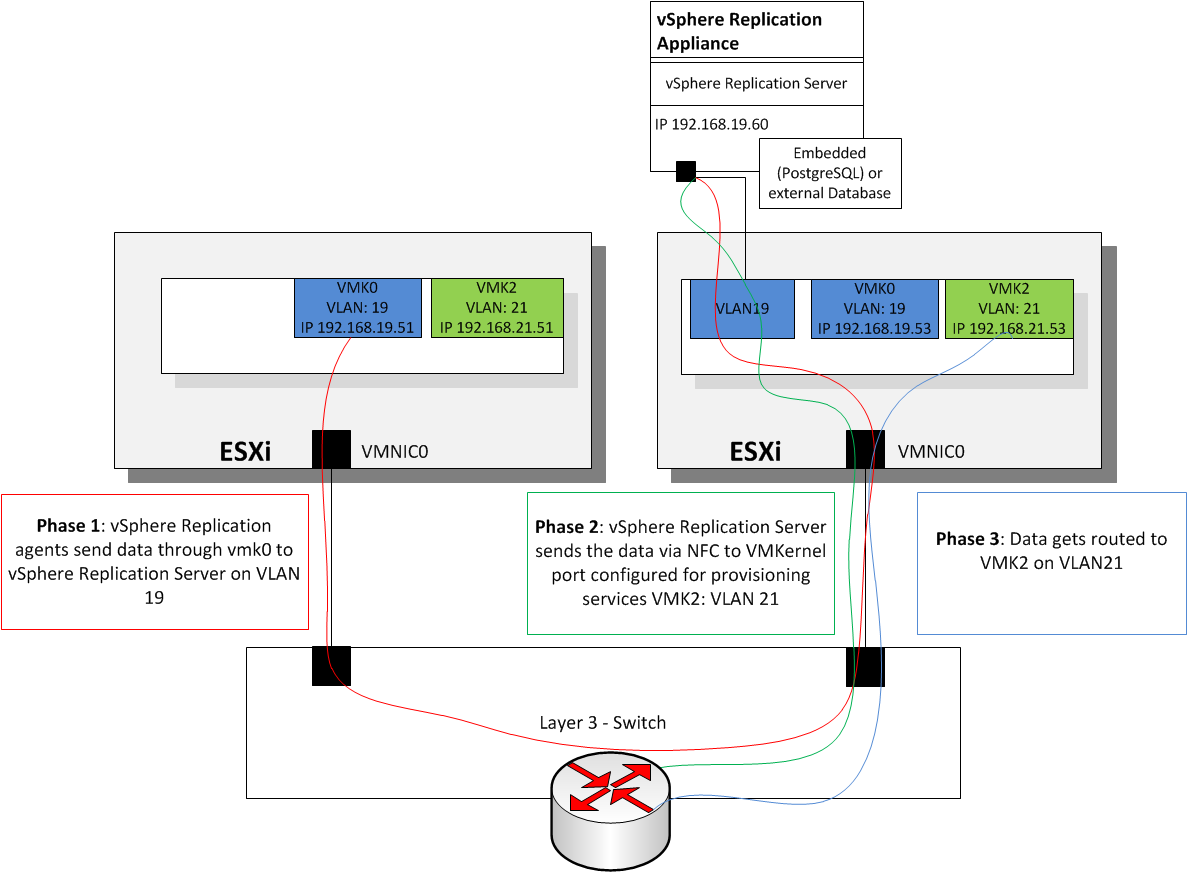 Option 2: No routing mandatory & switching occurs within the ESXi 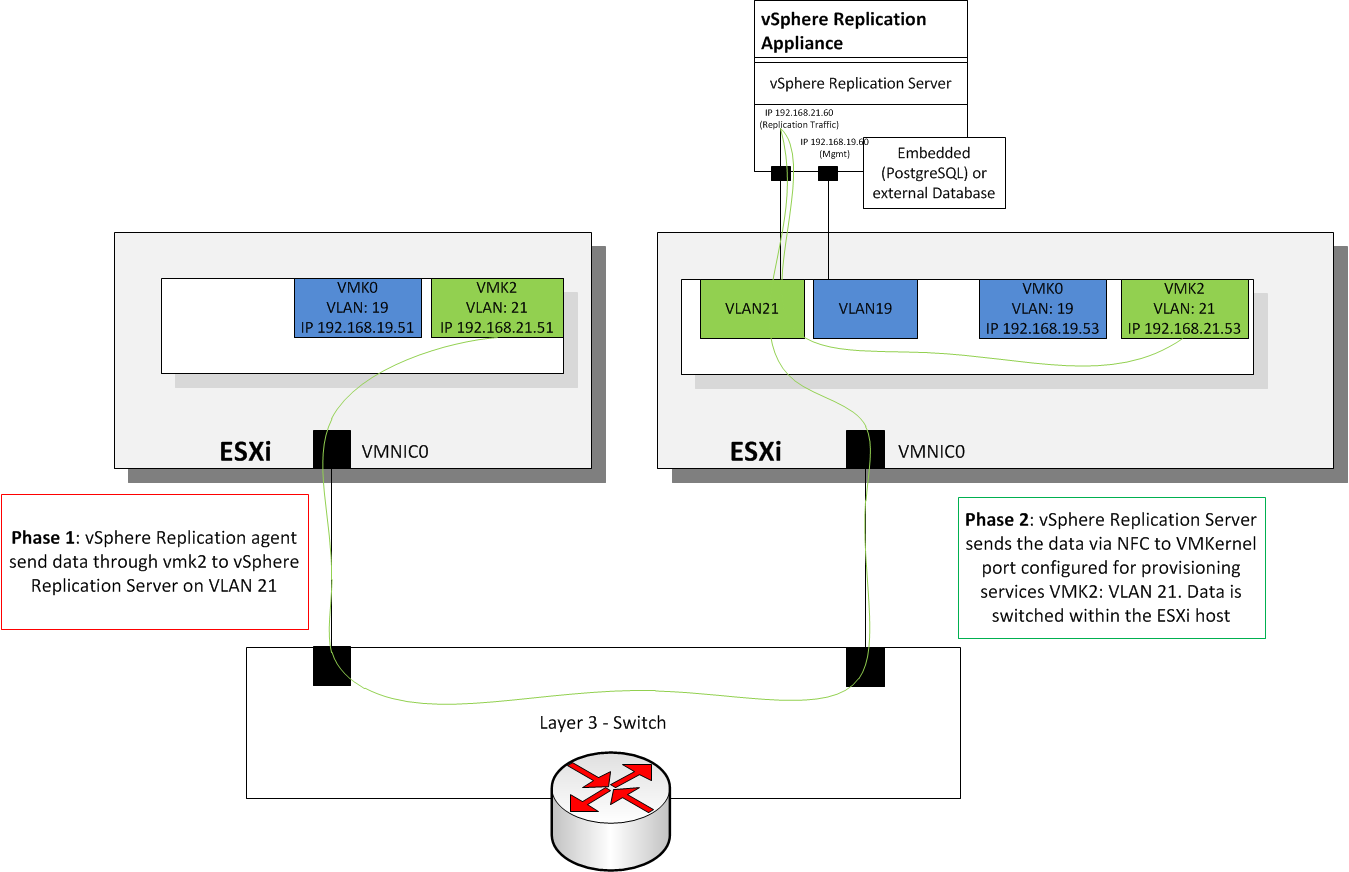 Of course those are only two simple configuration samples, but I want to make you aware of that the (virtual) network design has an impact on the replication performance in the end.

I will focus on the performance difference between those two options (and the usage of the compression mode within an LAN) in part 2. Stay tuned 😉